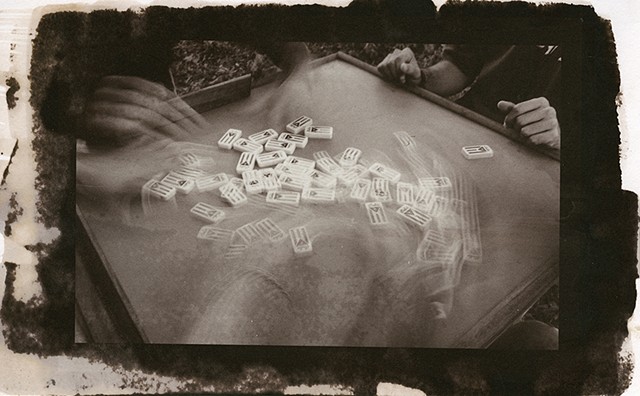 When I began traveling to Cuba I was as enamored of the cliches of the place as anyone else: decaying architecture, classic American cars, cigars, salsa, and rum. But each time I returned I was able to peer below the surface veneer and learn more about the culture of Cuba.

One of these cultural icons is the game of dominoes. It is a very popular pastime there, and one can find games almost everywhere: at the edge of a shaded street in a suburban neighborhood, under the streetlights on a Havana night, or in the center of a rural community.

The game is played by Cubans with the same enthusiasm and vigor as they display while watching a baseball game or dancing to the beat of their music. In fact, the mindset of a Cuban engrossed in a game of dominoes can best be understood by the Spanish origin of its name. It derives from the verb dominar, meaning to dominate.